The Walt Disney Co. theme parks end fiscal 2019 with solid performance despite increased costs at its parks due to expansions.

Burbank, the entertainment giant that operates and operates several theme parks, including Walt Disney World in Orlando - reported a 6% revenue increase in its theme park division for fiscal 2019, from US $ 24.7 billion in the last fiscal year to US $ 26.2 billion this year . The financial well-being of the Disney theme parks is critical to the success of tourism and travel in Orlando, an industry of US $ 70 billion which attracted a record 75 million visitors in 2018 - many of whom passed through the turnstiles at the Disney parks.

Disney's theme park business - part of the Parks, Experiences and Products division - recorded a rRevenue in the fourth fiscal quarter of US $ 6.65 billion, an increase of 81TP1Q compared to US 1TP2Q 6.13 billion in the same period last year. "Our solid fourth quarter results reflect the continued strength of our brands and business", Disney Chairman and CEO Bob Iger said in a statement.

Here are some highlights about the performance of Disney's parks in the earnings report:

- Results at Walt Disney World Resort were comparable to the prior year quarter, despite the adverse impact of Hurricane Dorian.

- Increases in guest spending and, to a lesser extent, in occupancy rates, were offset by higher costs.

- The higher costs were driven by expenses associated with Star Wars: Galaxy's EdgeIt was inaugurated on August 29th, and inflation costs. 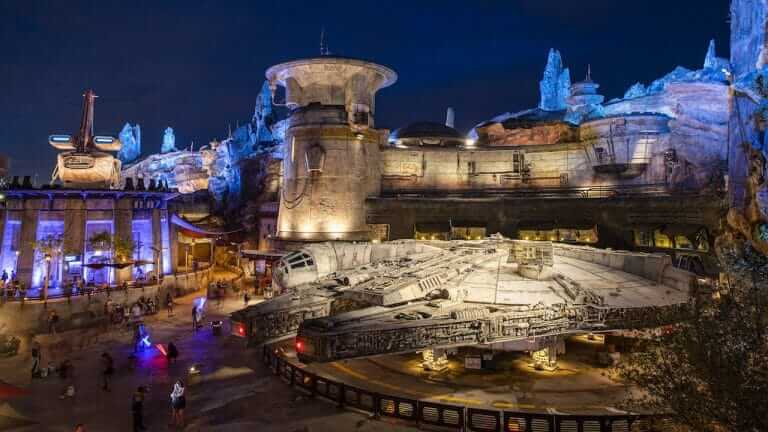 - The growth in visitor spending is mainly due to increased spending on food, beverages, merchandise and the increase in the average ticket price.

- growth at the Disneyland Resort in California is due primarily to higher guest spending, partially offset by spending associated with Star Wars: Galaxy's Edge, which opened on May 31.

- The growth in guest spending at Disneyland was mainly due to the increase in average ticket prices and higher spending on food, drink and merchandise.

Want to know how to invest? Talk to our specialists!

Hurricane Dorian, which threatened central Florida in September, had a broad impact on the local tourism market. SeaWorld Entertainment Inc reported lower attendance due to the storm, similar to Orlando International Airport and Orange Country, which reported drops in passenger taxes and tourism development fees in September, respectively.

However, Disney's push is great news for Orlandoas it ensures the theme park giant's commitment to investing in new attractions, experiences and resorts in Orlando. These new investments enhance experiences that can result in extended vacations and repeat visits, which helps increase guest spending on hotels, restaurants, shopping and more.

Moreover, as the leader in the theme park industry, its innovations often encourage its competitors to increase their attractions. Disney's four theme parks in Orlando - Magic Kingdom, Animal Kingdom, Epcot, and Hollywood Studios - have received nearly 58 million visitors in 2018This represents more than 70% of the region's market share.

Disney has several new projects in the works, including:

- A complete redesign of Epcot, which includes a host of new attractions, areas, and experiences.
- A new Tron roller coaster at Magic Kingdom
- A new Star Wars-themed resort that will operate as a cruise ship
- Several new resorts that are in the works, including Disney's Riviera Resort, which will open in December, and the new Reflections Resort.

The form has been restored from your last edit. If wish to start over, please click the button

Your Message was Successfully Sent

I have other questions! Who to talk to?

Despite these clarifications, investing in another country involves many other aspects. The best way to guarantee that you are informed in the best way possible and with all the details is to look for help from a relationship agent.

The Florida Lounge has specialized investment professionals in Florida. Our agents understand all the documents, requirements and other bureaucracies. Contact us by clicking on the banner below and have a person to help you in the process of choosing to invest in Florida with a 360º consultation.

Did you like the article? Keep an eye on our blog! Wanting to invest in Florida real estate? See the list of houses for sale in florida that we have selected for you!

0 0 0
Previous : Brazilians in the US: is the country welcoming?
Next : How does the American real estate market work?

Copyright © 2021 Powered The Florida Lounge, By One Investment Group